Hattie has less than 100 film credits on IMDB, but she performed in over 300 film/television projects (most of them uncredited). Amazingly, the McDaniel acting siblings (Hattie, Etta, and Sam) combined for over 1000 films & entertainment projects!

Below, you will find the link to Hattie’s IMDB filmography as well as a few films I randomly picked.

Here are discussions of a few select Hattie McDaniel’s films/roles: 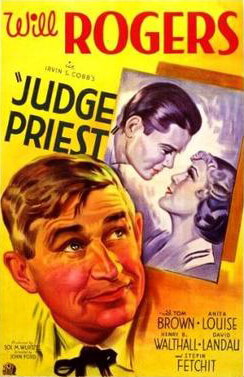 In this John Ford-directed comedy, Hattie mixes it up onscreen with Will Rogers. Hattie's talent was so enormous that she was given additional scenes in the film. The film was a box office success, but sadly Rogers would be killed in a plane crash a year after its release. 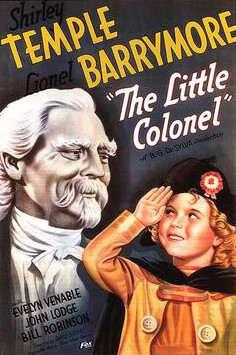 In this Shirley Temple film, Hattie plays Mom Beck and also stars Lionel Barrymore (who Hattie would be onscreen with again in the 1937 film Saratoga). 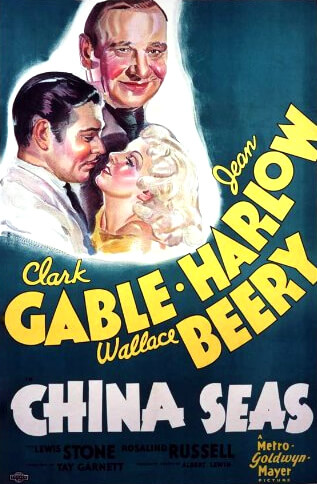 This rousing adventure starred Clark Gable, Jean Harlow, Wallace Beery, and Rosalind Russell along with Hattie McDaniel. This film would be the first of three films that Hattie would work on with Clark Gable, the other two being Saratoga (1937) and Gone with the Wind (1939). 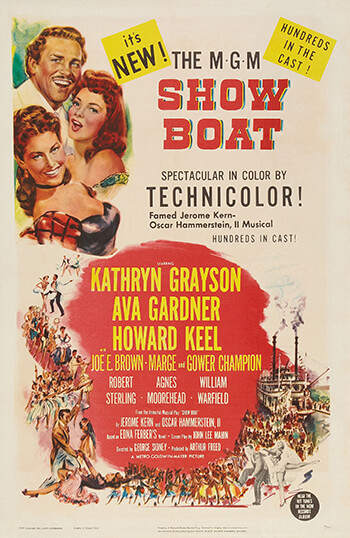 In this 1936 romantic musical directed by James Whale (Frankenstein, The Invisible Man, and Bride of Frankenstein), the film covers is about a showboat that travels the Mississippi River putting on shows. It starred Irene Dunne, Allan Jones, Paul Robeson, and Hattie McDaniel. Robeson and McDaniel perform the duet, Ah Still Suits Me, to great comic effect. 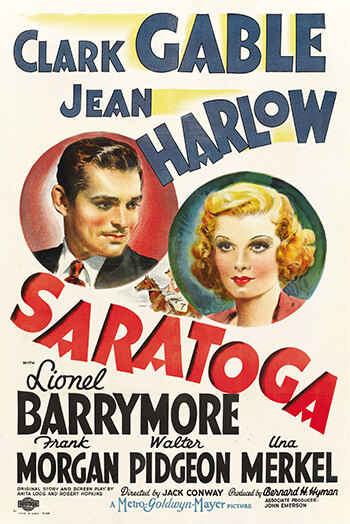 Clark Gable, Jean Harlow, Lionel Barrymore, and Walter Pidgeon star in this American romantic comedy. Hattie McDaniel appears in her second film with Gable and the film was the highest-grossing film of 1937. When filming of Saratoga was 90% completed, Harlow collapsed on the set during a scene with Pidgeon and died about a week later of kidney failure. 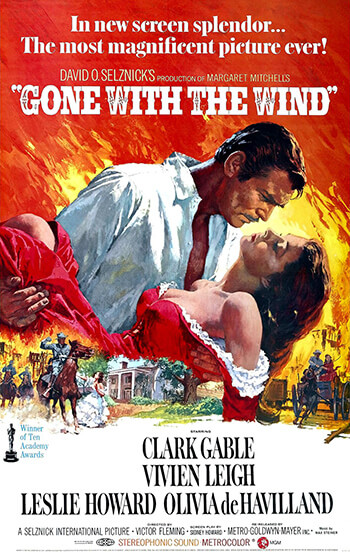 The most epic film at the time, Gone with the Wind received thirteen (13) Oscar nominations, winning ten (10) including Best Picture, Best Director (Victor Fleming), Best Adapted Screenplay (Sidney Howard), Best Actress (Vivien Leigh), and Best Supporting Actress (Hattie McDaniel). Ms. McDaniel became the first black person to win the Academy Award. Hattie and the rest of the black cast could not attend the premiere in December 1939 because of the skin color and Georgia's Jim Crow laws and Southern attitudes. This would also be the third (and final) film that McDaniel and Gable starred in together. Produced by David O. Selznick. 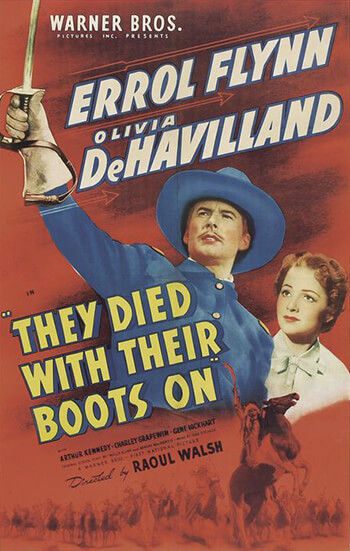 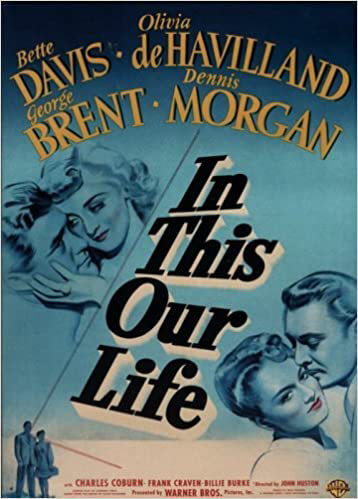 Bette Davis, Olivia de Havilland, George Brent, Charles Coburn, and Hattie McDaniel star in this 1942 American drama (John Huston's second film directing job). Davis and de Havilland star as sisters who are also rivals in romance and life. The film was completed in 1942 but was disapproved in 1943 for foreign release (by the wartime Office of Censorship) because it dealt truthfully with racial discrimination as part of its plot. 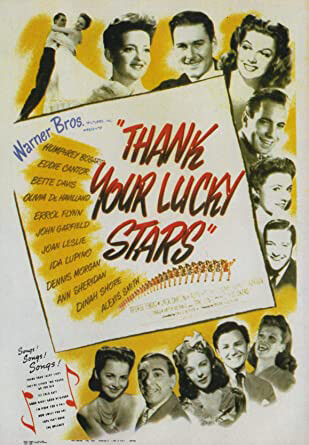 This film was an American musical comedy made by Warner Brothers as a WWII fundraiser, with a slim plot involving theatre producers. The stars donated their salaries to the Hollywood Canteen, a club that offered food, dancing, and entertainment for servicemen, usually on their way overseas. The club was founded by John Garfield and Bette Davis, who appear in the film. Hattie performs in a big production number on a Harlem set called, Ice Cold Katie... Won't You Marry That Soldier, along with Willie Best, Jess Lee Brooks, Rita Christian, and a chorus of singers and dancers. 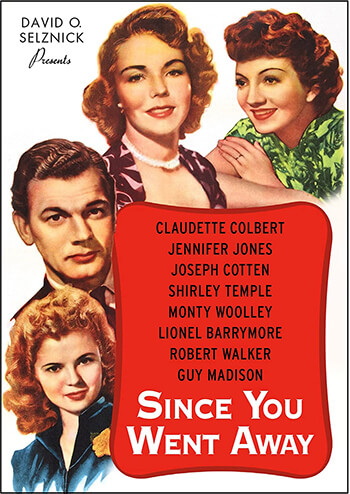 Note: The farewell scene between Jones and Walker at the railway station was parodied in the film Airplane! (1980). 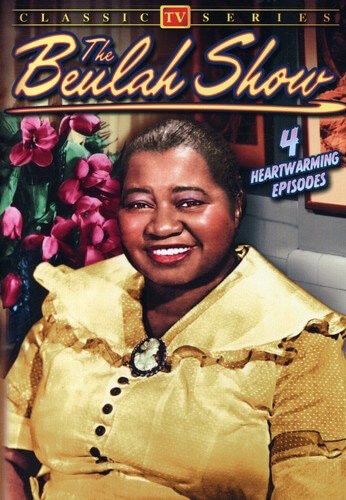 Beulah was an American situation-comedy series that ran on CBS Radio from 1945 to 1954 and on ABC Television. The show was notable for being the first sitcom to star an African American actress. The show was controversial for its caricatures of African Americans. From 1939 - 1946, the role of Beulah was portrayed by white men (Marlin Hurt and later Bob Corley). When Hattie McDaniel took over the role on November 24, 1947, she earned $1000 a week for the first season, doubling the ratings of the original series and pleased the NAACP which was elated to see a historic first: a black woman as the star of a radio network program.

Note: From 1947 to 1951, Hattie starred on the radio version of the show. Ethel Waters starred as Beulah for the first year of the television series before quitting in 1951. When production moved to Hollywood, Hattie McDaniel, star of radio's Beulah, was cast in the title role in the Summer of 1951, but only filmed six episodes before falling ill. She was quickly replaced by Louise Beavers in the latter part of 1951. The McDaniel episodes were shelved pending an improvement of her health, and so the second season began in April 1952 starting with the Beavers episodes. The six McDaniel episodes were tagged onto the end of the second season, starting July 1952 and running until August 1952. It was around this time that McDaniel learned that she had advanced breast cancer. She passed away on October 26, 1952 at the Motion Picture & Television Country House and Hospital in Woodland Hills, CA.